chicken, broccoli and iodine
Cookie Bear's Second Chance at Life
What real food can do for a living animal
January 2017
by micah coffey

***Important reminder. Dogs cannot process certain common foods, like onions for example. It is pretty easy to search the net for “can dogs have X food?” and get a pretty good idea if its safe, controversial or toxic to them.

This is a story about an adorable doggy that almost died of an unknown sickness but was saved by proper nutrition.

About 4 or 5 months ago, Cookie’s belly started to swell, as time went on, her abdomen continued to grow. She headed to a vet once things started looking sketchy, they ran some blood work and determined it didn’t look like her heart and it didn’t look like a tumor or cancer. They said she has a case of Ascites, a buildup of liquid in the abdomen for one of several reasons. The only thing they could do is send her to specialists for tests to possibly determine what could be wrong. Cookie’s parents have had a sick dog in the past and spent thousands of dollars to be provided with no resolution, they were not in the position to try again. Cookie’s fate was in the hands of Metronadazole, an antibiotic considered pretty safe that is commonly prescribed when a dog has unknown digestive issues related to bloating or inflammation. The vet most likely assumed she had an infection of some sort and hoped this stuff would take care of it.

Cookie continued to eat (what is generally accepted as) a high quality dog kibble. It was limited ingredient and didn’t have soy or grain or any of that funny stuff. A month went by and her belly continued to increase as her overall weight decreased. The antibiotic was doing nothing and her condition was not improving. The vet was contacted again and asked for recommendations. This time it’s cans of wet dog food formulated for senior dogs or something, I forget the details but this stuff was nasty, it was loaded with all types of weird chemical crap. 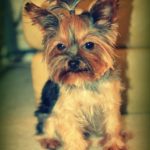 The whole time this is going on, I’m formulating a theory of what is going on and how to solve it. I share this info with Cookie’s human parents but they wanted to stick with the doctor’s advice, which is understandable(cringe). Time goes on and Cookie gets worse, sometimes she looks better for a few days but each week she is in worse shape.

Finally, after a while, word on the street is she doesn’t look like she’s gonna make it. I hadn’t seen her in a while and finally paid a visit, she looked like death. Her belly was so big, her little weakened legs could barely keep her mobile, she spent most of her time laying somewhere soft. Something had to be done, her suffering would soon increase dramatically.

I think I know how to fix her

I’ve been devoted to self-studying nutrition and health for a few years. I had a pretty solid idea of what was going on. I’m pretty sure her liver is maxed out, causing her abdomen to fill up with proteins and such. Why not just reduce her toxic input as much as possible and make sure she’s getting all the good stuff she needs from her diet?

I’ve seen what proper nutrition and iodine can do for sick people, it’s time to try it on the dog.

Depending how much is being cooked, the meat takes anywhere from 15-30 minutes at 350 and 10ish minutes to steam the veggies, I have my setup and cleanup down to maybe 10 minutes of my time, probably less. I do this every other day, you don’t want to cook too much and let it sit for days. Most people tend not to eat leftovers from a few nights ago, dogs would probably do the same if they could. As proteins are cooked and stored over time, they turn into histamines. Histamines add another layer of complexity to our healing and should be avoided as much as possible.

I made a mistake with her first diet, or did I?

A few books I read (this one and this one) and a lot of info on the net recommended raw meat for healthy pups. Apparently this is tougher on their digestive system, sure they can handle it but that doesn’t mean it’s easy on them. IMO a big key to health is proper digestion so if raw is more difficult to digest, I would think it probably hurts in the long run. So anyway, for the first 2-3 days, Cookie ate store bought, prepared raw dog food. She loved it, but her gut did not, which was somewhat expected, I’ve seen what switching to raw food can do to a dog. Things got pretty ugly though, she was purging some nasty stuff. What was going in was a light shade with bits of color from veggies. What was coming out still resembled the dark kibble. How is one thing going in and another coming out for days? It must be causing her gut to strip away the layer of funk in her gut and purge it.

So other than being on liquid poop duty for a week, giving her raw food for a little and pushing a pretty intense digestive reset may have been a great thing for her in the long run. Otherwise her gut may have been lined with that nasty stuff for who knows how long. That layer may have prevented her from absorbing the good stuff she needed from the cooked meat and veggies.

What did Iodine do in all of this?

Iodine is an essential element required for life. It’s not commonly found in soil so most of our food has become deficient of it. Humans used to get it in bread, but it was replaced with toxic bromide in the 70’s.

Iodine could be a missing link in today’s hunt for a cure to all our health issues. It is capable of pushing toxic heavy metals and toxic halides out of our body, that means when we become deficient of it, all the toxins have room to get in and setup shop. Once we are loaded with heavy metals, we become the perfect environment for parasites.

The road to recovering with iodine can be a long one but a lot of people and animals feel health benefits right away when starting iodine. I stumbled onto the world of Iodine about a year ago and created Dropulator.com in an attempt to help people on their road to recovery. I had a hard time remembering how many drops equaled how much iodine, I felt bad for anyone trying to do this while they were sick.

Just recently, I launched WhyIodine.com in an attempt to help newcomers to iodine wrap their head around this topic. Once you understand iodine, it’s very simple, but for reasons explained on my other site, it is not widely accepted at this time, which makes it difficult to learn about or even hear about.

How I give my dogs iodine

Yes and no, it boils down to providing the proper nutrients, minerals, enzymes and all that fun stuff that animals need to maintain proper health. Understanding how to detox heavy metals and parasites is an important part but getting past this first step is more important ATM.

I added probiotic juice from homemade sauerkraut, vitamin C, liver support, iodine and boron to her diet. I gave her bottled spring water that doesn’t not have added fluoride and such. I’m conscious of toxins in the house so for the most part, she wasn’t subject to much while here.

Kibble is dehydrated to make it shelf stable. This destroys the little bit of nutrition it had. The better brands claim they do not partake but it is not illegal to gather up euthanized animals and cook them into dog food. Call me crazy but I bet residual liquid death juice is probably no good for a liver and other body parts. Even the best kibble is almost always 50% carbs, which is far from a natural diet for a dog.

The End, for now

Less than a month after coming into my care, Cookie went home with a second chance at life. Her liver will need attention for the rest of her life and I don’t see her making it much past 10 years old without some serious intervention like coffee enemas and/or hair mineral test and mineral balancing. But for now, she gets to run around and bark some more.

This whole ordeal has made me realize how bad the kibble really is for these guys and it’s pushed me to finally only feed my dogs real food. I share this story in hopes it will open at least one person’s eyes to the importance of real food, for us and our loved ones, furry or not. Thanks for reading.

Scroll down for an update now that Cookie has been home for a month.

Cookie has been home for a month, she is still recovering and doing well. Somehow, my recipe for chicken and veggies did not make it home with Cookie properly. What should have been the same exact food was causing Cookie and her sister to have diarrhea every day. I tried figuring out what could be causing the issue but it was difficult. I was baking the chicken and removing any fat I could scrape away, now the chicken was being boiled and I’m not sure what that would do to the fat content, I assume it would allow the chicken to retain some more fat. I have a feeling, due to food safety precautions, the chicken and veggies may have been slightly overcooked which could destroy enzymes or other compounds that may have been supporting her liver. I’ve used this recipe for a few months now and it’s never caused diarrhea other than when switching them over from kibble too quickly.

At first glance the kibble blend she’s on now looked fine but then I realized it’s just a synthetic blend of vitamins and nutrients mixed with oats. I’m happy it’s working for her but I wonder what it will do for her in the long run. This issue originally cropped up from the store bought kibble, so what’s going to be different this time.

A few things this food had that stood out to me were Niacin and Iodine. So I think the main reason this stuff is working for her is because it provides a few key nutrients some of the other kibble didn’t have. But purging and resetting her gut and getting the nasty dark stuff out probably had the biggest impact on her recovery. We can’t absorb anything with a busted gut. 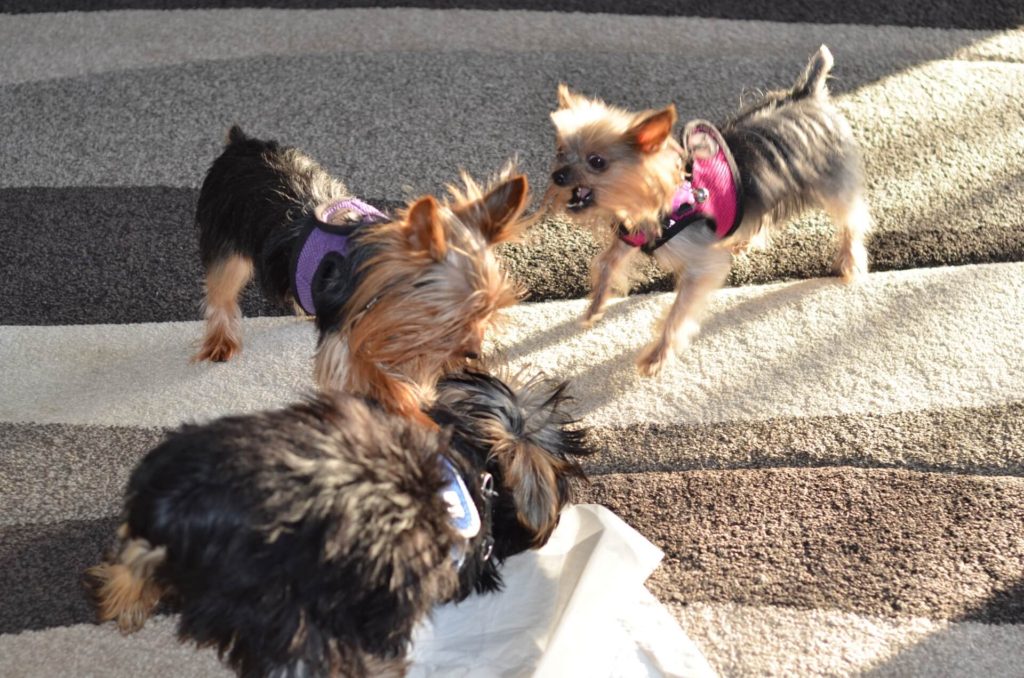 *This information is provided for your own personal use and is to be used as reference only. Medical and other decisions should not be made on the results of this information. I cannot guarantee the accuracy of the information this page provides.